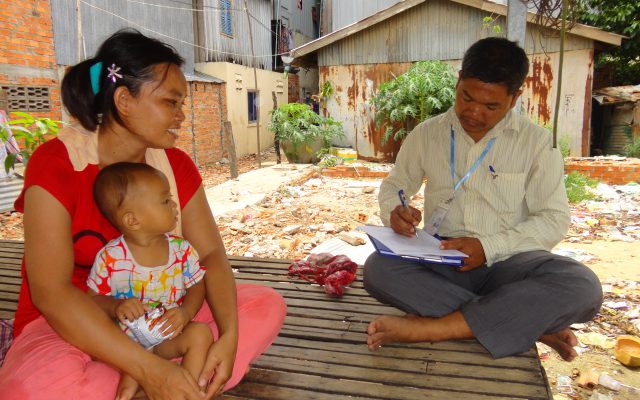 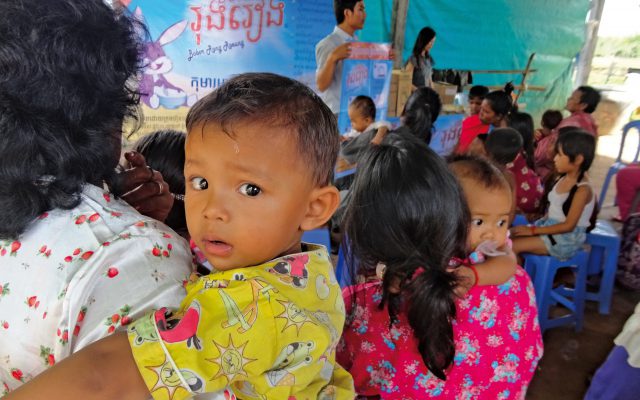 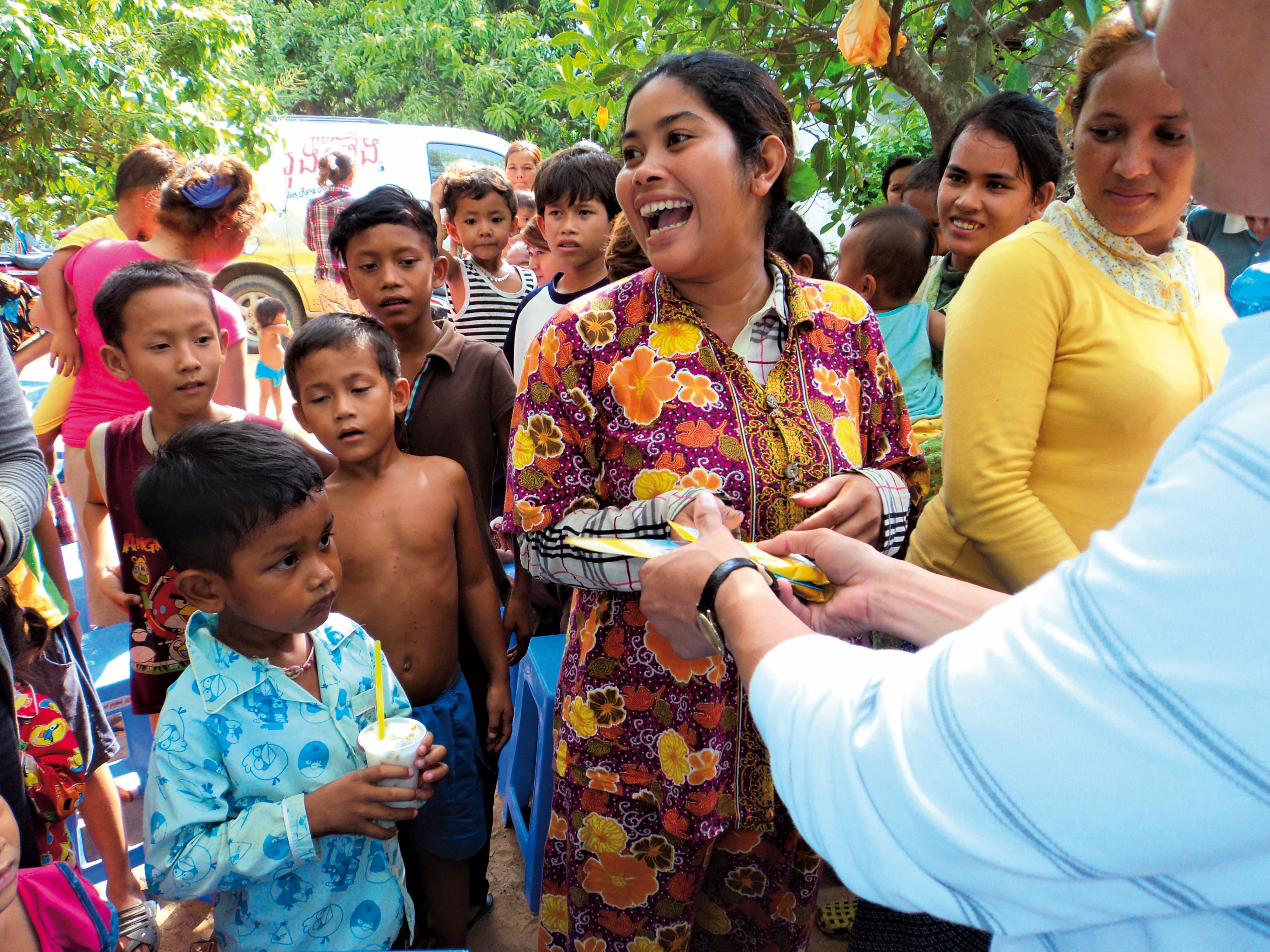 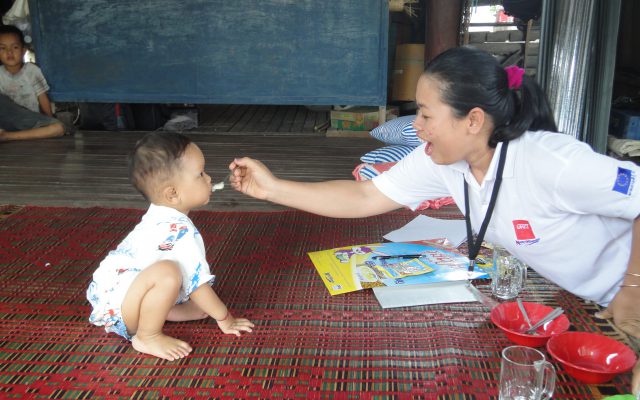 Awareness-raising at home in Cambodia ©Gret 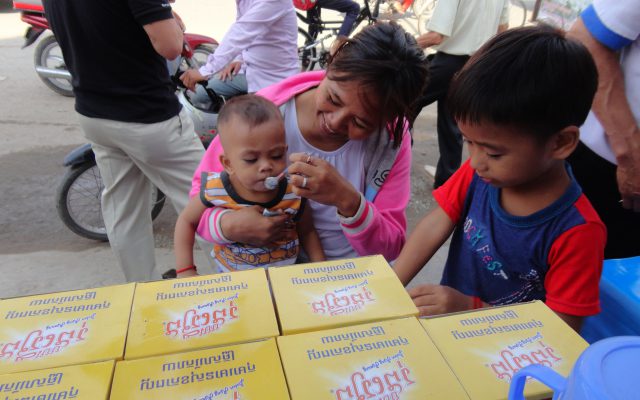 In Cambodia, locally producing a fortified food that is affordable for vulnerable families

GRET worked for 5 years in Cambodia to fight against child malnutrition, from 2010 to 2015. In this country, the private sector approach played a major role, as the market was not offering disadvantaged Cambodian families a fortified food for their children aged between 6 and 24 months that was affordable for their level of income. The existing distribution network, particularly in urban areas, provided interesting deployment possibilities.

The context: lack of fortified food affordable for low-income families

In Cambodia, stunting affects 32% of children under the age of 5, and in some provinces this figure is 60% (CDHS 2014). Complementary feeding is a common, well-known practice. Families know best complementary feeding practices but the quality complementary foods available on the market are imported and not very affordable for vulnerable populations.

“In suburban neighbourhoods in Phnom Penh, inhabitants regularly purchase products that are already cooked and ready to eat”, says Clémence Boulle Martinaud, nutrition expert with GRET. “We developed a marketing approach to create a fortified food that is easy to prepare and affordable for all. Bobor is a hugely popular dish in Cambodia, so we created Bobor Rong Roeung for children, an “instant” product to prepare a delicious porridge by adding boiling water, which meets the nutritional needs of very small children from the age of 6 months.”

GRET, together with IRD and Cambodian company PPM, developed this fortified complementary food for children aged 6 to 24 months. Featuring excellent nutritional, sanitary and organoleptic qualities, it was approved by the Cambodian Ministry of Health.

Marketed at an affordable price for the largest possible number of people, Bobor Rong Roeung is sold in Takeo and Phnom Penh, in small individual 35-gram sachets to make 1 meal, via the existing local shops network (1,400 points of sale in 2014), to correspond to families’ eating habits. 860,000 meals were sold in 2014.

A promotion system was set up to make the product known and make it attractive to families, while complying with local and international legal regulations in terms of marketing of products for children. See an advertisement for example:

In parallel, awareness was raised among 7,800 mothers on best nutrition, hygiene and childcare  practices, in particular with focus on the importance of breastfeeding.

The specificity of Nutridev’s action in Cambodia

GRET set up a partnership with a private-sector Cambodian company called PPM. This approach involving the private sector to make affordable products accessible to poor populations is part of GRET’s strategy to create multi-stakeholder partnerships as a response to malnutrition.

More information on the involvement of the private sector in the fight against malnutrition.

Between 2010 and 2015, Nutridev’s actions were conducted thanks to support from: