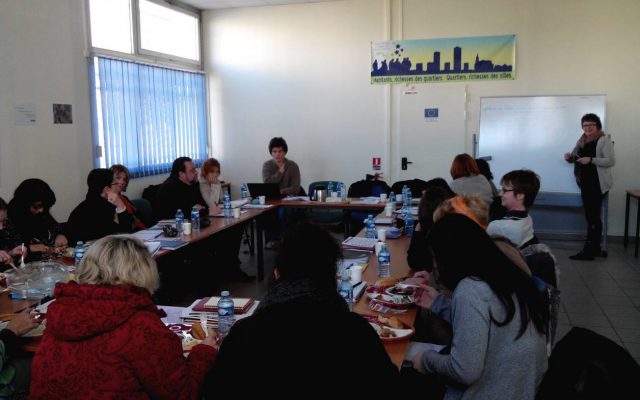 In France: studies and recommendations for public policies

France acts against malnutrition in its territory, as well as in its international cooperation policy. GRET works via studies, advocacy and training with local public stakeholders and government, to contribute to public policies.

Fighting against malnutrition in France

Inequalities are increasing in countries, and the issues of poverty and nutrition in France are similar to those studied by GRET for the last 20 years in developing countries.

In 2013 and 2014, GRET and the Asem association studied the eating habits and healthcare practices of pregnant women and young children in the town of Nevers, in the centre of France. “We made a diagnosis in two precarious neighbourhoods, conducting individual interviews with 50 women”, explains Mirrdyn Denizeau, Nutridev programme manager with GRET in France. In a context that is characteristic of sensitive urban areas, this diagnosis highlighted inadequate healthcare and feeding practices, major difficulties in the mother-child relationship and very significant isolation of women, which is a major determinant in bad nutrition practices.

See a summary of the study (available in French only)

It notably contributed to drawing up France’s Strategic orientation document on nutrition in developing countries (2011), and to the roadmap for France’s 2016-2020 Nutrition Action internationally, raised the government’s awareness on best strategic orientations for fighting against malnutrition at international summits and delivered training on the fight against malnutrition in developing countries to healthcare executives at the Ministry of Foreign affairs.

Nutridev’s actions in France were conducted thanks to support from: