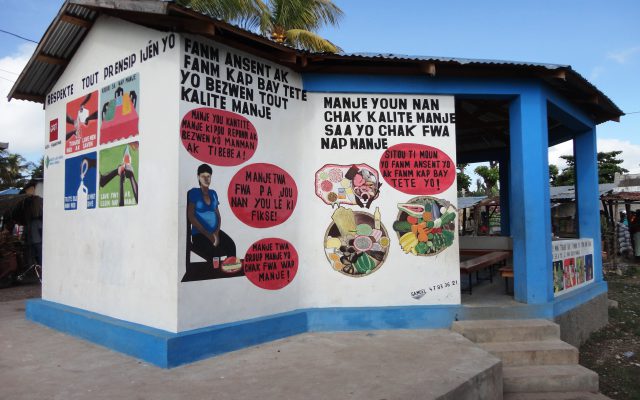 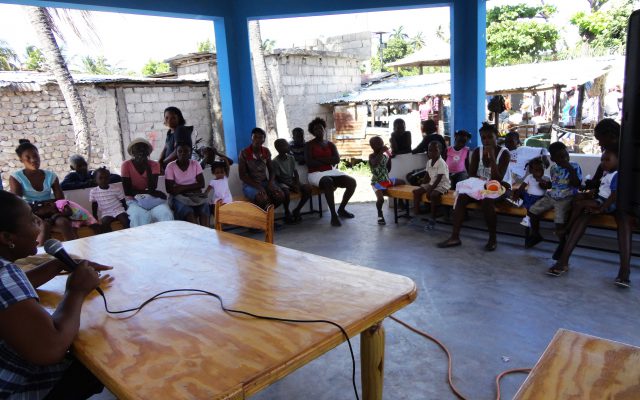 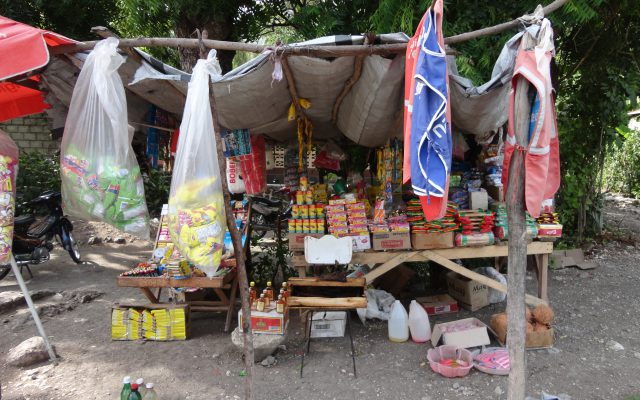 Haiti: education and training to fight against child malnutrition in contexts of recurrent crises

Since 2010, the Nutridev programme has been working in rural areas in the commune of Saint Louis du Sud (South Department) and more recently in the commune of Gros-Morne (Artibonite Department), to fight against child malnutrition in Haiti, as part of larger local development projects (access to drinking water, health-nutrition, agriculture) and food and nutritional security.

The context: recurrent crises that feed the vicious circle of malnutrition

Before the 2010 earthquake, one quarter of Haitian children under the age of 2 suffered from  stunting. In 2012, the Artibonite department had the highest rate of stunting with 23% of children affected. The major causes are inappropriate feeding practices (duration of exclusive breastfeeding too short, insufficient nutritional quality of complementary foods) and illnesses especially diarrhoeal illnesses and cholera.

“The Haitian context of recurrent crises makes education and training crucial to improve the resilience of inhabitants over the long term”, explains Laure Biesmans of GRET in Haiti.

Nutridev’s actions in Haiti since 2010

In Saint Louis du Sud, GRET worked between 2010 and 2015 with pregnant women, breastfeeding women and parents of children under the age of 2. Following diagnosis of nutritional practices and the available offer of complementary foods, it was necessary to strengthen existing healthcare structures. Staff in 4 primary healthcare centres, managers of local organisations and community workers were trained. In addition to this, GRET provided support in terms of equipment and renovation of healthcare centres. Awareness-raising actions among families were also conducted with healthcare providers.

In the South Department, GRET contributes to the prevention of malnutrition as part of a project to improve mother and child health and sexual and reproductive health services (Timama). The objective is to strengthen the community network and financial access to healthcare, with the implementation of solidarity funding mechanisms at community level.

In the Gros-Morne district, awareness-raising activities on best nutrition practices and provision of a quality complementary food for children aged between 6 and 24 months, that is affordable for disadvantaged families, were put in place in 2017. Awareness will be raised among 3,200 women of childbearing age in 8 mothers’ clubs over the next 3 years.

In 2016, GRET conducted the Nutridev programme activities in Haiti with support from the following partners: