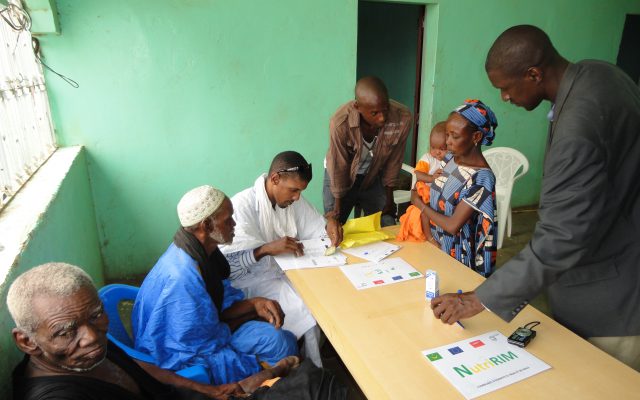 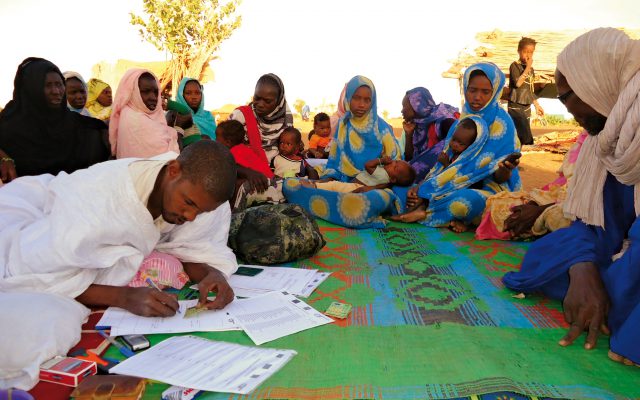 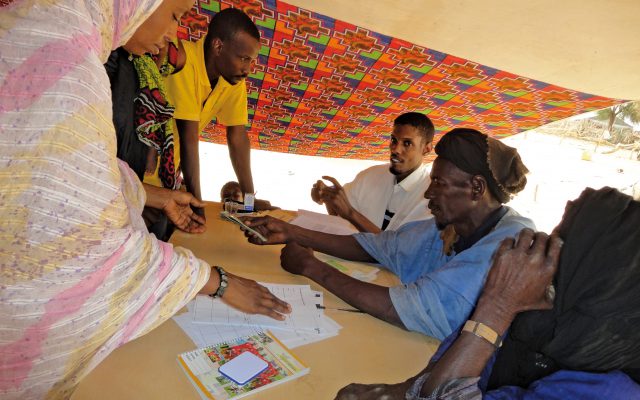 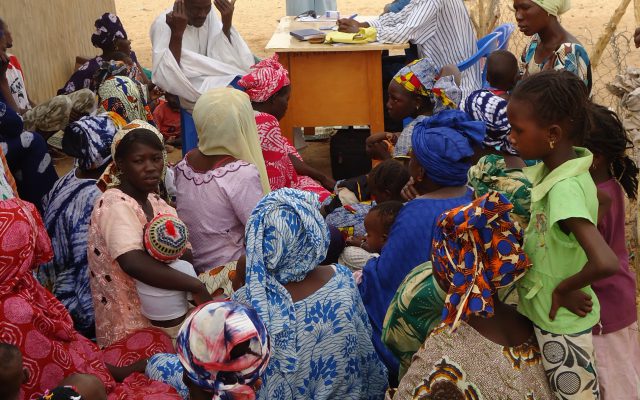 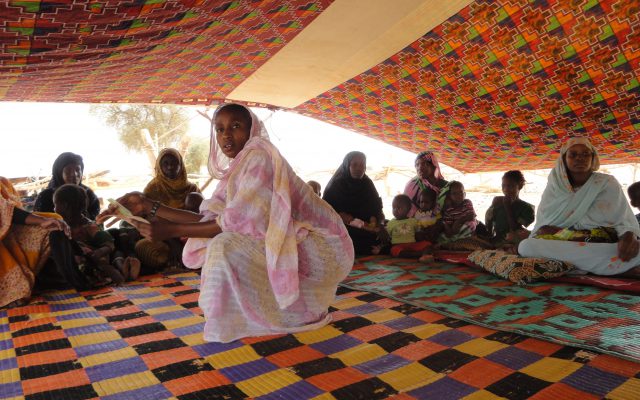 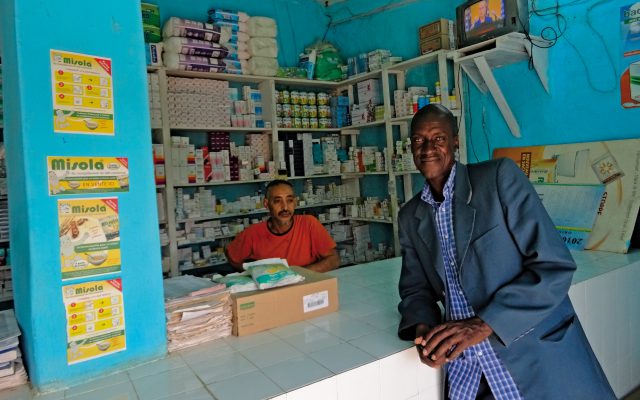 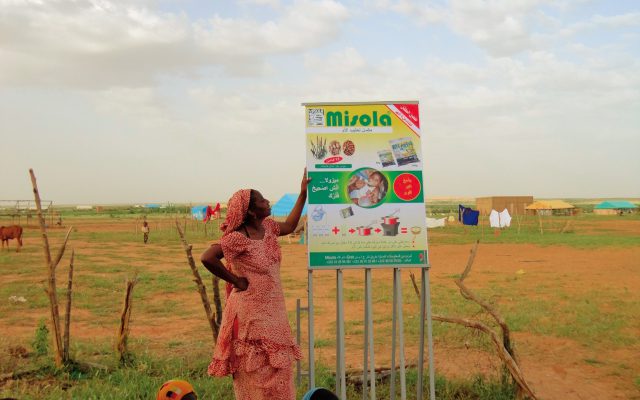 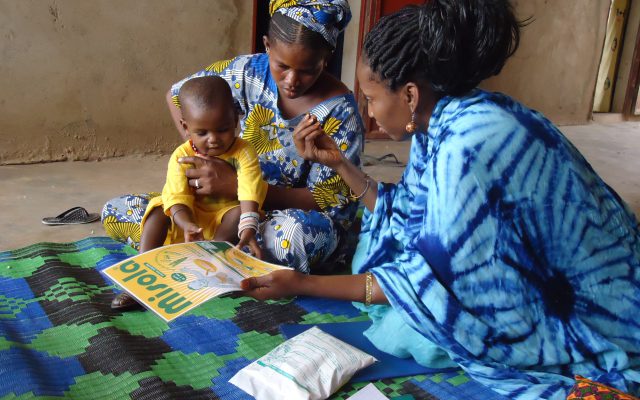 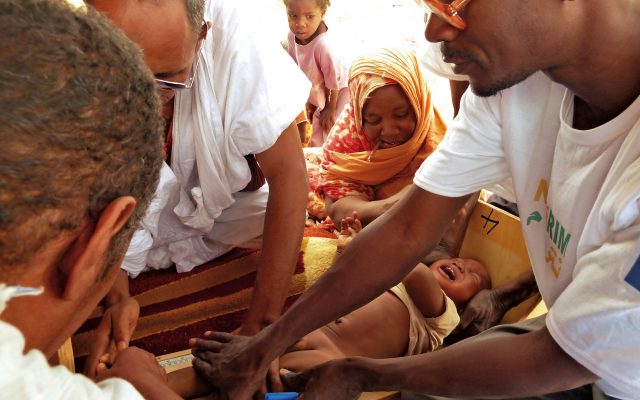 Mauritania is affected by repetitive episodes of crises, for which emergency responses make it possible to reduce the immediate effects. Longer term actions targeting the structural causes of malnutrition are proving difficulties to consolidate. This is the challenge for Nutridev’s action in Southern Mauritania.

“Feeding and healthcare practices for young children are far from meeting international recommendations”, explains Namousbouga Lankoande, Resanut project manager with GRET. “For example, only 20% of children are exclusively breastfed up to 6 months.”

What Nutridev has been doing in Southern Mauritania since 2011

Since 2011, GRET has been strengthening local existing systems to better contribute to emergency responses in the Brakna and Gorgol regions, and in the Guidimakha region.

In 109 villages in the Brakna and Gorgol regions, Nutridev supported the healthcare system to screen 19,000 children, conducted community-based awareness-raising actions among 9,000 families, trained 222 community nutrition liaison officers and 17 healthcare workers. The pilot dimension focused on a  monetary transfer system tested over 4 years among 450 women, to help families minimize the impact of crises on the nutritional and health status of children and their mothers. Since 2015, GRET has been supporting a small business to produce and market a fortified flour called Misola. The latter is distributed in 140 points of sale in the Gorgol and Brakna regions.

In the Guidimakha region, GRET attacked the determinants of food and nutritional insecurity by taking into account post-harvest periods, the hunger gap and climatic vagaries. In the communes of Arr, Ajar and Ould M’Bonny, monetary transfers for nutritional purposes were made to 600 pregnant women or mothers of children under the age of 2. Awareness-raising actions are conducted among 4,500 women with 75 community liaison officers trained and a complementary fortified food is available in 36 sales outlets.

The specificities of Nutridev’s action in Mauritania

In Mauritania, the Nutridev programme is experimenting nutritional social safety nets via a monetary transfer system for young children and their mothers, to meet their specific needs during crisis periods. The existing emergency systems aim to ensure food for all populations, but do not take into account the specific needs of children under the age of 2, or of pregnant and breastfeeding women, and so they have a low impact on nutritional status.

“I had a child who was sick. My husband and I do not work. When I received the 15,000 Ougiyas (45 euros), I went to the dispensary and they prescribed medicine for my child, which I used until he was completely cured”, says a mother during an impact survey.

GRET developed a partnership with a local business producing fortified flour called AGPI. It aims to develop the technical and operational skills of this private stakeholder (production, marketing, management) and to make a quality complementary food available at an affordable price.

In Mauritania, GRET conducted the Nutridev programme activities in 2016 with the following partners: