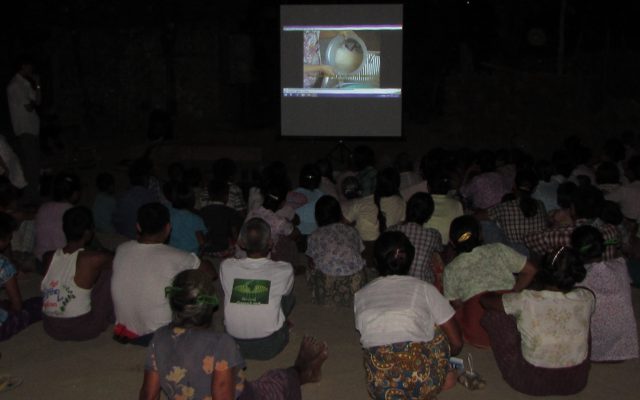 In Myanmar, fighting against malnutrition in urban areas and in the Dry Zone

Between 2012 and 2015, GRET initiated activities to fight against malnutrition in Myanmar. After initial promising actions on provision of a new complementary food and testing of an innovative marketing system, activities were suspended, due to changes in national legislation related to the promotion of complementary foods, prohibiting communication on these major solutions to fight against malnutrition. Since 2016, GRET has been working in the South of Chin State as part of a multi-sectoral approach.

The context: a high level of malnutrition, poor knowledge of complementary foods

In Myanmar, one third of children under the age of 5 suffer from stunting, 11 % from wasting and 41 % are chronically undernourished. Exclusive breastfeeding only concerns 15 % of children and complementary foods are largely unknown.

“We started actions to fight against malnutrition in Myanmar after years of actions in the country on food security”, explains Phyo Min Swe, GRET’s representative in Myanmar. “GRET’s approach aims to be complementary, especially in the Dry Zone, to improve food and nutritional security.”

GRET implemented a nutritional education strategy in urban (Yangon) and rural (Dry Zone) areas, as well as providing a locally produced food suited to young children. In partnership with the Gold Power company, a fortified food called May May Myitta was put on the market. Studies were conducted to implement an innovative local marketing model in Yangon.

See the capitalisation (in french only)

Since 2016, GRET has been conducting activities to raise awareness on best hygiene, feeding and nutrition practices in Chin State. An approach integrated into agricultural activities and Wash (access to drinking water and sanitation) is being developed to strengthen the impact of the project on the nutritional status of populations.

Defending the promotion of complementary foods to fight effectively against malnutrition

Mirrdyn Denizeau, Nutridev programme manager, is raising awareness on the issues of facilitating the provision and promotion of fortified foods, to complement breast milk, in national laws, to fight effectively against malnutrition:

“It is necessary to work on a legal framework that will encourage the local private sector but at the same time restrict and control it to avoid abuses. Regulation on the marketing and promotion of complementary foods is particularly vital to facilitate access to knowledge on these products in satisfactory conditions.”

Since 2012, the Nutridev programme activities in Myanmar have been conducted thanks to support from the following partners: